Volvo (Construction Equipment AB, Sweden) is a leading manufacturer of heavy construction machinery such as Wheel Loaders, Articulated Haulers, Excavators, etc. and is among top three in the corresponding market segment.

Over the past decade, the mechanical aspects within heavy equipment machines, are replaced with an increasing amount of Electrical and Electronics. For instance, as shown in the following figure, hydraulic motors are being replaced with electric versions, new versions of the drive-line system are considered where electrified hub motors are introduced into wheels. The advanced technological changes described above in large complex products cause challenges for existing software development teams. 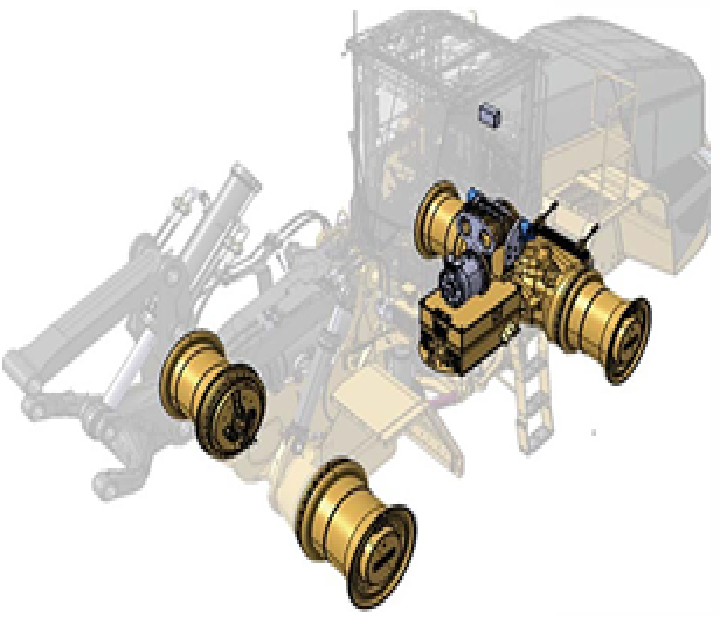 Besides the new functional aspects (e.g., machine features), the new design concepts lead to major changes in hardware and software. The traditional function-oriented development techniques are usually based on small incremental changes to existing software which is largely monolithic lacking the notions of “software architecture” and “system approach”. These approaches increasingly lead to quality issues as well as maintainability, traceability problems. To manage the increasing complexity, instead model-based techniques such as MBSE (Model-based Systems Engineering) and MBD (Model-based Design) have gained industrial attention.

However, application of these techniques at industrial scale requires established guiding principles, best practices, standardization, as well as evidence of tangible benefits for the stakeholders involved. It can be noted that the application of MBSE is based on the assumption of standard systems engineering practices in place (so called “document-based”). However lack of such standard practices leads to additional challenges while introducing “model-based” approach. Fortunately, there exist powerful modeling tools and methodologies to support introduction of MBSE approach, albeit with a steep learning curve.

This paper Adopting MBSE in Construction Equipment Industry: An Experience Report by Jagadish Suryadevara and Saurabh Tiwari published at the 25th Asia-Pacific Software Engineering Conference describes challenges in adopting MBSE within large industrial contexts, such as Volvo. In particular, this paper is a report describing initial experience gained in adopting MBSE approach at VCE, the experience of the system engineers towards MBSE, the lessons learned and challenges faced in applying the methodology. Besides, we attempt to evaluate (somewhat qualitatively) the effectiveness of the approach as well as overall maturity of the methodology based on the standards and the existing “best-practices”.

The MBSE methodology described in this paper, mainly focuses on four different processes, namely Requirements Analysis, Architecture Design, Implementation, and Integration Process with the purpose of introducing modeling to the system engineers. However, the requirements engineering was indirectly supported.

The main emphasis was the identification of functional interfaces, modeling the software and hardware architectures of the system as well enable allocation of logical aspects to physical architectures (to support traceability). However, the verification and validation processes have not been explored, as it was not clear how to extend/integrate current non-model based artifacts e.g., test- cases etc to model artifacts. This would be the focus of next phase of MBSE activity.

The MBSE methodology described in this paper was primarily a reverse-engineering effort in modeling the functionality from legacy architectures and implementations. However, the workflows, architectural views, modeling patterns etc. are generic and also applicable in a truly top-down approach. Thus the methodology developed follows the general principles and guidelines of SE practices.